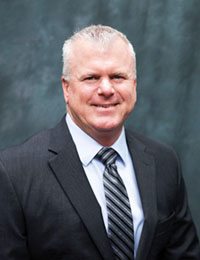 Currently Mayor of the City of Corona

Jim Steiner was elected to the Corona City Council in November 2018. This was the first election under the City’s change to a By-District voting system, making him the first individual elected to represent residents in District 4.

A resident of Corona for more than 30 years, Councilman Steiner served as a member of the Corona Fire Department from 1986 when he was a Firefighter Apprentice until his retirement in 2017 as a Ladder Truck Captain.  He provided leadership to the department and to the Corona Firefighters’ Association throughout his years of service.  In addition to an Associate Degree and various certifications in Fire Science and Emergency Response, he has completed a certificate program in Leadership and Ethics.

Councilman Steiner has been an active member of the Corona community advocating on behalf of underprivileged kids and children struggling with illness.  He feels honored to have been recognized for these efforts in order to bring awareness and support for community needs.  His many recognitions include the Corona Chamber of Commerce “Citizen of the Year”, the American Diabetes Association “Father of the Year”, the Corona-Norco Day of the Child “Champion of Young Children”, a UNITY award for community service, Distinguished Citizen recognition from the YMCA and recipient of Circle City Kiwanis “2018 Heart of a Hero” award.  Jim was also a 2-time Firefighter of the Year with the Corona Fire Department and received the 2015 William “Dallas” Jones Political Leadership award from the California Professional Firefighters.

Jim currently serves on the following Boards and Committees:

Steiner and his wife, Beth, have raised their three children in Corona.  He has been involved in many of their activities and has coached multiple Corona youth sports teams. Jim is currently the Charter Organization Representative for Boy Scout Troop 523, a position he has held for several years.