Currently Vice Mayor of the City of Corona 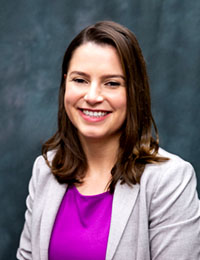 Jacque Casillas was elected to the Corona City Council in 2018. She was born and raised in the Grand Boulevard circle and attended school in the award-winning CNUSD school district where she graduated from Corona High School. She attended the University of California, San Diego where she earned a bachelor’s degree in Political Science and further pursued her passion for public service by earning a Masters degree in Public Policy from UCLA Luskin School of Public Affairs.

Jacque began working with the community to drive civic engagement in 2008. Since then, she has led countywide voter registration efforts, personally mentored over eighty local youth, created dozens of informational community forums, and has earned a reputation as an effective and collaborative leader. In 2016, Jacque managed the citizen-led effort to update the way we vote for our city council members to ensure every Coronan has a councilmember in their neighborhood.

Today, Jacque is a healthcare advocate with Planned Parenthood of the Pacific Southwest. Jacque has called Corona home her entire life, and lives in District 1 with her husband, Zach and their Labrador Retriever, Xiao Mei.

Office hours are both in person and remote. Feel free to call or text (951) 444-7134 or stop by her office. No appointment needed!