The City partnered with KTUA, a planning and landscape architectural firm, to prepare a complete inventory of community trails.  The Trails Master Inventory (TMI) is a planning tool to identify and document the locations of existing trails, trailheads, adjacent parking, and bikeways throughout Corona. Although the TMI is not intended to create new trail locations, it will help the City effectively plan for trail access and connectivity in conjunction with future development.

Community Engagement played a major role because the TMI will rely heavily on where Corona residents and stakeholders are accessing and using trails. The City wishes to engage the community through a series of three community workshops, as well as three public meetings. The City of Corona held three community workshops on July 4, 2018, August 13, 2018, and February 7, 2019. A Cyclist workshop was also held on March 21, 2019 to solicit input.

The final Trails Master Inventory document will document the inventory of trails in the City, trail access, nearby parking facilities and access connections to the City’s bicycle network.

Utilize this map to submit your knowledge on local trails.

The following graphic depicts a proposed project schedule with potential dates for community workshops. It is sub­ject to change based on the availability of spaces, scheduled events, and City staff and team availability. 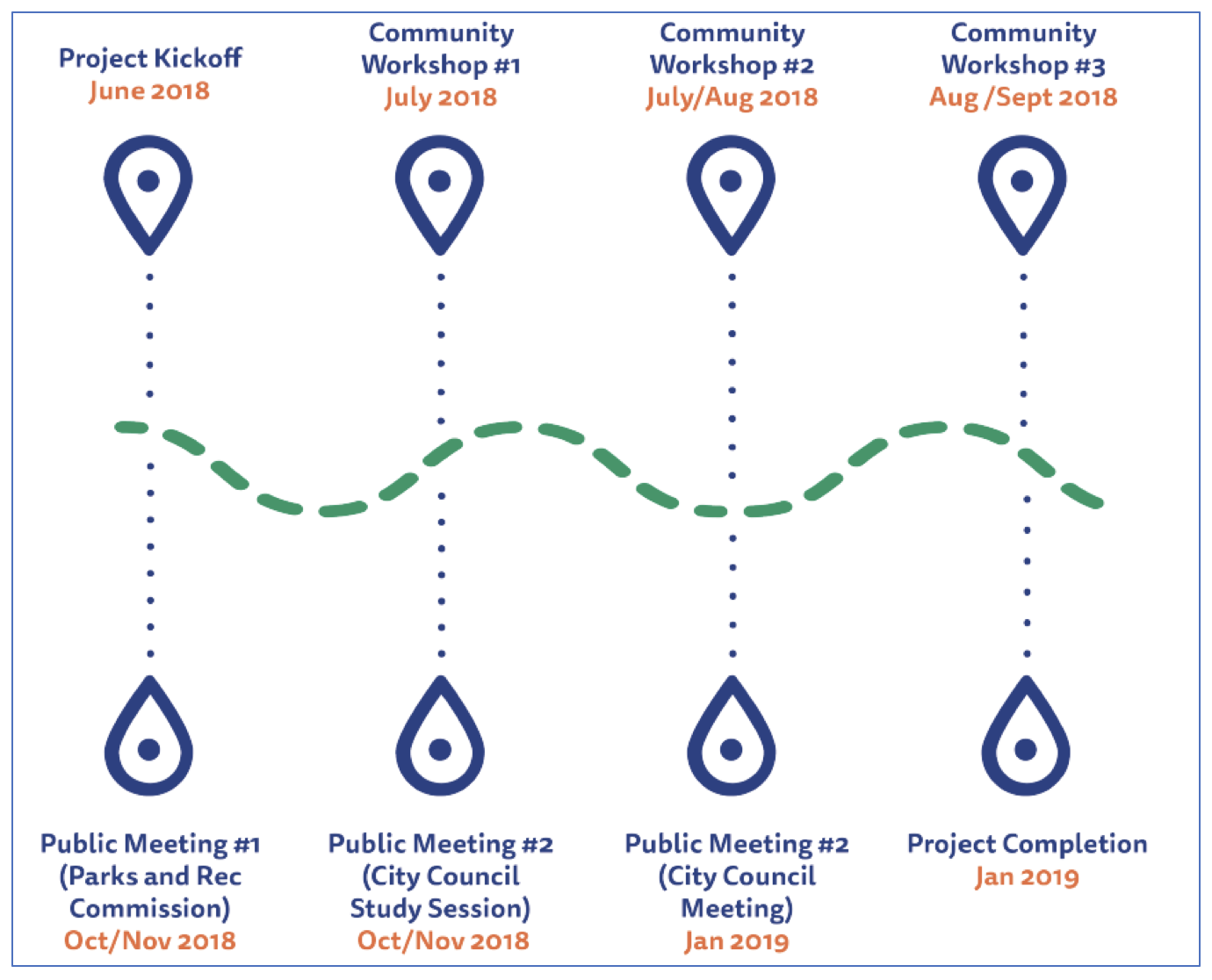 This webpage will be updated with information on the TMI when it becomes available. If you have questions regarding the Trails Master Inventory you can send an email to CoronaTMI@CoronaCA.gov.

The Santa Ana River is a treasured resource.  Flowing nearly 100 miles from its northernmost reaches at the crest of the San Bernardino Mountains out to the coast near Huntington Beach, the river runs through wild lands, agriculture, parks, towns, and cities, touching the lives of millions of Californians.