Off Broadway Corona Theater is proud to announce its next production, THE SCARLET PIMPERNEL which opens September 20th, 2019.

Before there was Superman, Batman or Zorro, there was The Scarlet Pimpernel. Set during the height of the French Revolution, The Scarlet Pimpernel follows a dashing English aristocrat who dares to enter France to save innocents from the guillotine. Through trickery and disguises, the Pimpernel and his band of men save the day. Based on the acclaimed novel by Baroness Orczy, this grand musical vividly portrays the romance, intrigue and horrors of one of the most tumultuous periods in history, mixing historical fact with dramatic adventure.

The Scarlet Pimpernel has a score by Broadway legend Frank Wildhorn (Jekyll & Hyde) and features songs like “Madame Guillotine”, “Into the Fire”, “Falcon in the Dive” and “The Creation of Man”. OBCTheater’s production boasts an incredible cast lead by Lance Galgon as Sir Percival Blakeney and Matthew Todd Malecki as Chauvelin. This stellar production is under the direction of Patrick Brien with musical direction by Amanda Kalkanis, Choreography by John Paul Batista. Costume & Set Design by Nancy Gettinger, Lighting Design by Daniel Milligan, and the Guillotine Set built by Stage Monkey Design.

This season marks Off Broadway Corona Theater’s fourth year performing in the Historic Civic Center Theater. Along with being Corona’s Regional Theater Company, OBCTheater’s main mission is to give back to the local community. In keeping with this goal, OBCT has entered into a partnership with the City of Corona, the Corona Historic Preservation Society and Friends of the Theater to help preserve and maintain the almost 100 year old beautiful historic theater. During the upcoming season OBCT will be teaming up with the City on many projects including Theater Beautification Days, the Holiday Lighting and Halloweekend.

THE SCARLET PIMPERNEL runs September 20 -29, 2019 at the Historic Civic Center Theater located at 815 West Sixth Street in Corona. Tickets prices range from $25 - $40. Group discounts are available. For more information or to purchase tickets, visit www.obctheater.com or call the box office at (951) 264-5794. 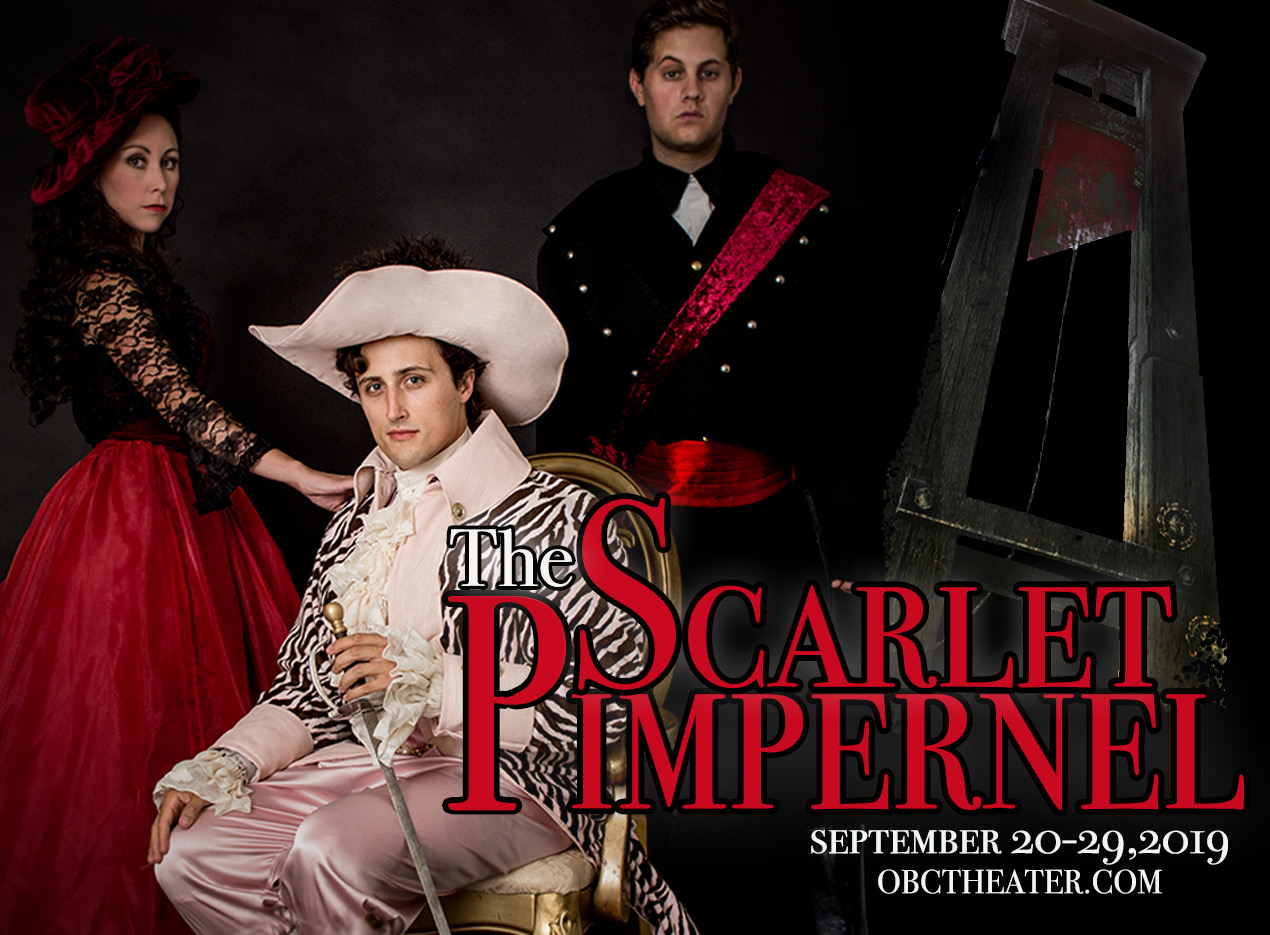