The work will restore Sixth Street after the installation of the waterline. It will also include major repair work of the intersection at Sixth Street and Rimpau Avenue from a related waterline break earlier in the project.

During this work, there will be limited access to the intersection at East Sixth Street and East Grand Boulevard. Eastbound and westbound Sixth Street will be reduced to one lane in each direction and shifted to the north side of the street.  Access to Rimpau Avenue will also be limited with posted detours around the partial closures. 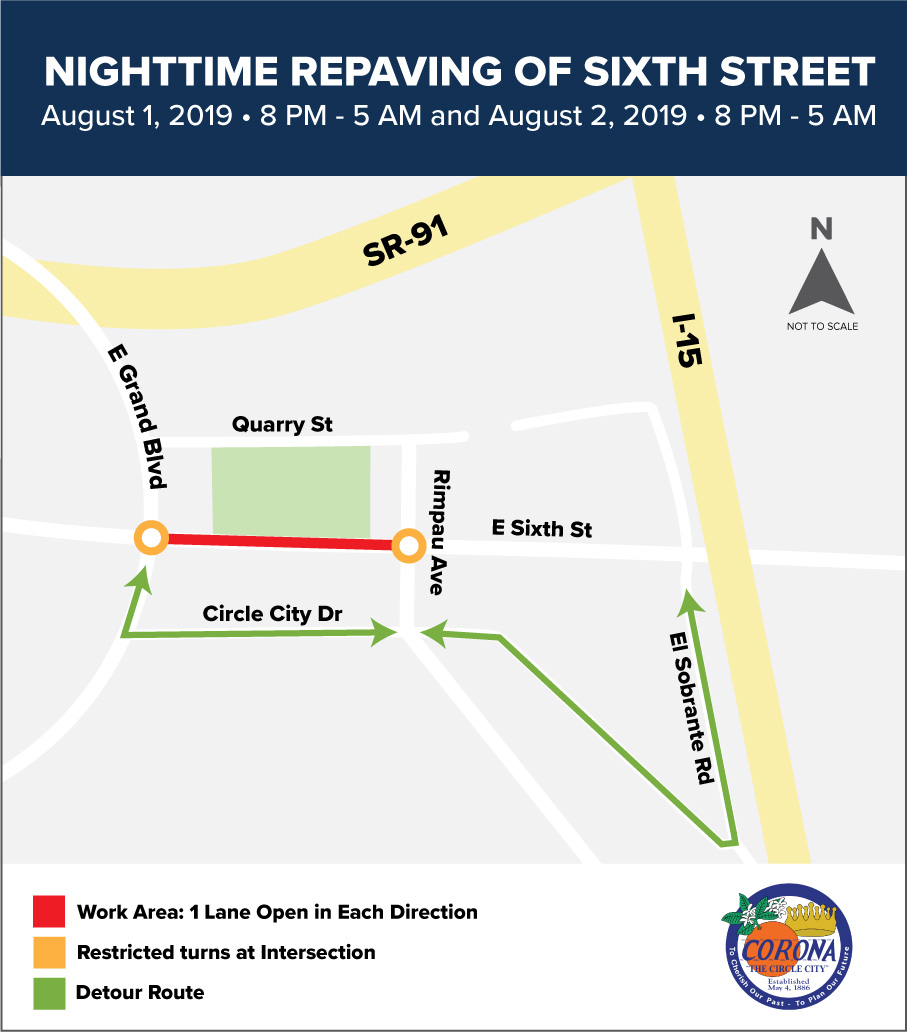 Please be advised that traffic delays are to be expected. Plan accordingly by taking alternate routes and allowing more travel time for known traffic delays. The City of Corona appreciates your patience and support while we make these important infrastructure improvements.  We apologize for the temporary inconvenience.