CORONA, CA– In July of 2018, the Corona Police Department received a grant in the amount of $35,758 from the Department of Alcoholic Beverage Control (ABC) to conduct various operations and inspections at ABC licensed establishments.

The ABC grant allows officers to focus on alcohol-related crimes at or near ABC Licensed establishments and reduces the ability for minors to obtain alcohol. This is accomplished through minor decoy operations, IMPACT inspections of ABC licensed establishments, saturation patrols, LEAD trainings, and other investigative techniques.

The following is a summary of what the Corona Police Department was able to accomplish with the grant: 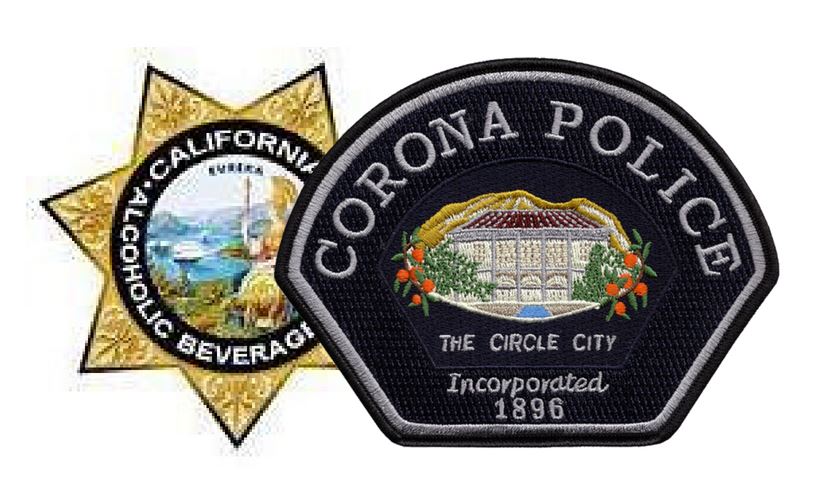 If you have any questions regarding the ABC grant that the Corona Police Department, please contact Officer Steven Hungerford at 951-736-2347 or Steven.Hungerford@CoronaCA.gov.