June Gloom Applies to Metallic Balloon Outages Too! To combat the usual dramatic spike around this month’s graduations, SCE urges customers to never release the colorful gifts and to keep them secured.

How likely is it — 3 1/2 months apart — for the very same customers at nearly the very same time of day to experience power outages caused by adrift metallic balloons?

As it turns out, very likely for nearly 4,000 Southern California Edison customers in Santa Monica, first on New Year's Day and then again on April 14, starting at 10:27 a.m. and 10:09 a.m., respectively, and lasting for more than nine hours in both cases.

One of those affected customers, Sean Tao, the owner of Chomp Eatery and Juice Station, didn’t know at the time what caused the outages but, unlike many customers, was not surprised when he learned.

“I’m surprised it doesn’t happen more often,” said Tao. “A lot of people have those metallic balloons all the time.”
In June, however, it does happen more often, largely because of its many graduation celebrations.
In all but one of the past five years (May 2016), SCE experienced more metallic balloon outages in June than any month, peaking with last June’s all-time, one-month high of 206 of the outages on its way to a record 1,128 of the outages last year.

“Think about it, that’s almost seven outages a day,” said Andrew Martinez, SCE’s vice president of Safety, Security and Business Resiliency. “To prevent these outages this month and all year, metallic balloons should never be released outdoors and should always be tied to a weight as required by state law. When released into the sky, they are a threat not only to safety but to keeping the lights on.”

Downed power lines — which occurred in both Santa Monica outages — are potentially the biggest safety hazard resulting from the often-explosive instances of metallic balloons making contact with electrical equipment. SCE reminds customers to stay away and call 911 if they ever come across downed lines.

And keeping the lights on is an obvious priority for Tao as it is for SCE. Noting that he doesn’t have backup power and his restaurant’s gas stoves allowed him to stay open during the two outages, he said they did deprive him of electricity for “the hoods that control the smoke,” air conditioning and even submitting orders and payments.

“We had to scramble, everything is also processed through credit cards and automation,” said Tao, who has operated the restaurant for five years. “We had to write down orders by hand and it made it difficult to work through. Our operation became very minimal. We’re very dependent on electricity.”

Tao is not alone, of course, and it is the reason SCE has launched its “Stay Alert. Stay Safe.” campaign and supported the new state law that went into effect Jan. 1 requiring that metallic balloons made by in-state manufacturers carry a printed warning about the risks of releasing them.

Regarding those releases, Tao echoes Martinez when it comes to the best prevention.

“Why release them, there’s no point in releasing them,” he said. “It’s litter, it’s danger and it’s around power lines. They belong inside or in a trash can [when done with them] but not in the sky.” 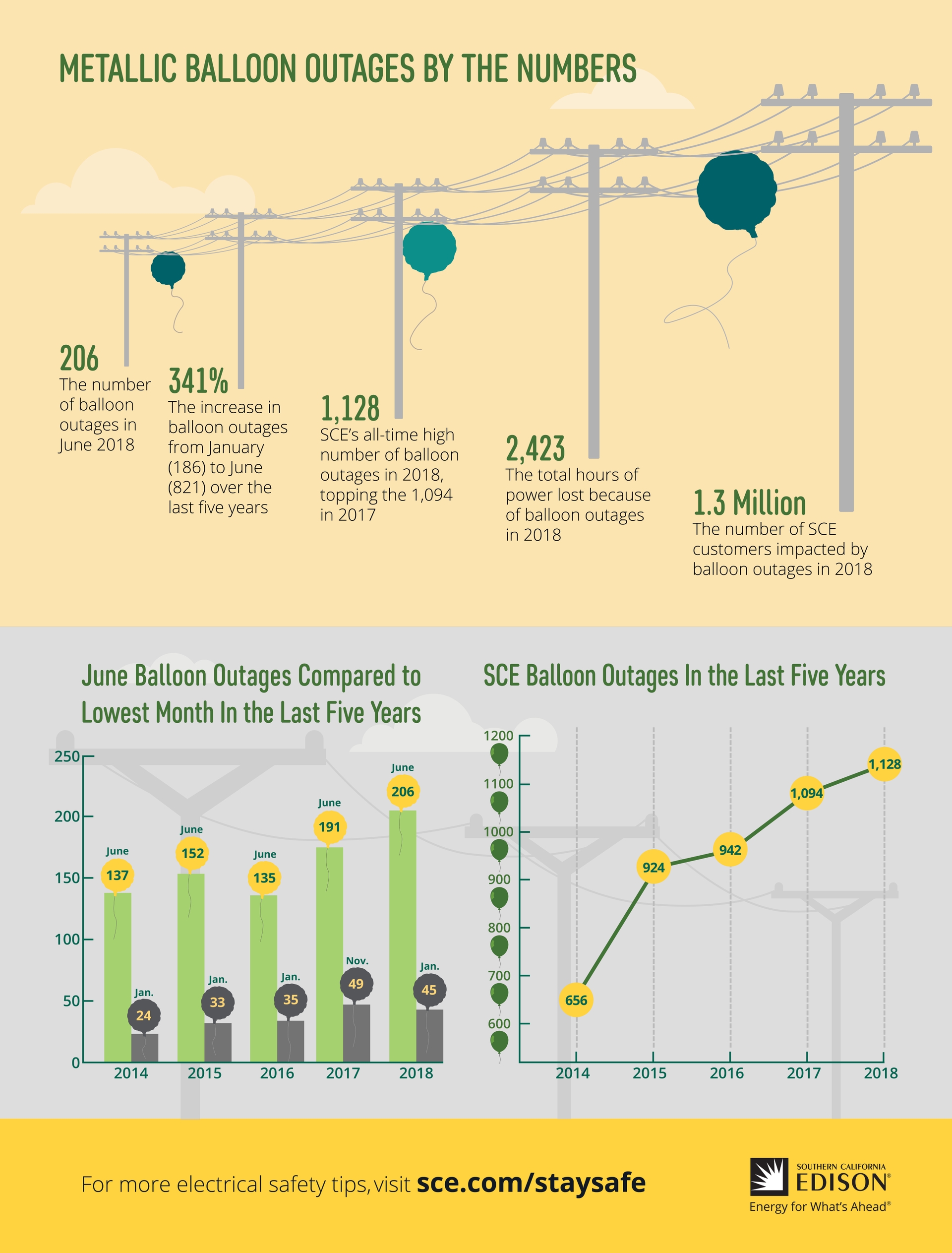