CORONA, CA– In 2018, a local business owner and a contractor, Armen Shaant Megerdichian and Jonas Borsca Jr. faced insurance fraud charges in connection with a 2014 arson fire at the Parkridge Dental Spa located at 520 E. Parkridge Avenue in Corona. On April 15, 2019, the third suspect Cornel Lucaci of Corona, was sentenced to 17 years in prison by the Riverside County Superior Court. In addition to the 17-year prison sentence, Lucaci will also be responsible for a total restitution amount of over $900,000.00. 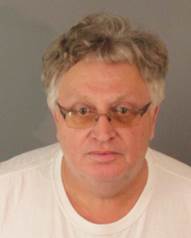 After an approximate four-year criminal investigation, Cornel Lucaci, was found guilty of destroying the building located at 520 E. Parkridge Avenue by a deliberately caused fire. A Riverside County Superior Court jury found Lucaci guilty on all 16 charges, including five counts of arson, eight counts of insurance fraud and three other enhancements. The charges stemmed from a January 2014 insurance claim for a commercial water loss at the Parkridge Dental Spa, the March 26, 2014 arson and three separate insurance claims for water damage at Lucaci’s Corona residence. Lucaci came under suspicion when his late model Honda Accord was captured at the Parkridge Dental Spa, prior to and immediately after the March 26, 2014 arson fire. Other evidence obtained during a search warrant placed Lucaci at the scene of the fire. During an April 2014 interview, Lucaci admitted to Corona Police Detectives that he was at the Parkridge Dental Spa at the time of the fire. Lucaci denied any involvement.

During the arson investigation, it was discovered that Lucaci committed insurance fraud on three separate occasions, in February of 2010, August of 2015 and April of 2017. On all three occasions, Lucaci deliberately flooded his Corona residence and filed insurance claims for payment.

Lucaci is also a suspect in several prior insurance claims for losses, currently under investigation as a result of his April 2019 conviction. Lucaci acted as a water remediation contractor on several of the losses under various company names; South Coast Pro of Corona, South Coast Restoration of Corona, Vortex Fire and Water Restoration of Riverside, Servicemaster of Riverside, Servicemaster by Vortex of Riverside and IJF Contractors, Inc. of Riverside.  Records obtained during the arson investigation indicate that Lucaci may be  part of an organized insurance fraud ring operating in several southern California counties with Borsca Jr. Borsca Jr. and Megerdichian were previously arrested on separate but related insurance fraud charges to the March 26, 2014 arson fire at 520 E. Parkridge Ave. address in Corona. A preliminary hearing for Borsca Jr. and Megerdichian has been set for July 15, 2019 in Riverside County Superior Court.

If you have any further information regarding this investigation, please contact Fire Investigator Xente Baker at 951-736-2257 or email Xente.Baker@CoronaCA.gov.

Click here to view downloadable PDF of this Press Release