CORONA, CA– On Monday, April 15, 2019, at 4:54 p.m., Corona Police Department Officers responded to a family disturbance call on the 1300 block of Turquoise Drive. Police Dispatch relayed to responding officers that the reporting party advised one male was stabbing another. 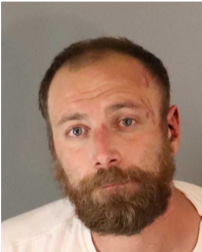 Upon arrival, officers learned the suspect had fled into a nearby residence. In the middle of the street, officers located the victim, 24-year-old Jesse Maturino.  Medical attention was promptly provided to the victim, but he succumbed to his injuries. Two additional stabbing victims, 47-year-old Miguel Maturino Jr. and 23-year-old Alex Necoeche, were discovered as well. Both were transported to local hospitals with significant injuries. They are expected to survive.

Officers identified the suspect through witnesses as 29-year-old Brandon Barber. Officers arrested Barber without incident for the charges of murder and assault with a deadly weapon.  Detectives later learned Jesse and Brandon were half-brothers.

If you have further information regarding this case, please contact Senior Detective Jesse Jurado at 951-279-3628 or email Jesse.Jurado@CoronaCA.gov.