CORONA, CA– On April 3, 2019 the Corona City Council unanimously selected Mitch Lansdell for a limited-term appointment to lead the City.

“City Council looks forward to working with Mitch Lansdell over the course of the next several months as part of our transition to a permanent City Manager,” said Mayor Jason Scott. “Mitch's 20 years of experience as City Manager will provide us a unique and beneficial look at some of the systems and operations within our own City.” 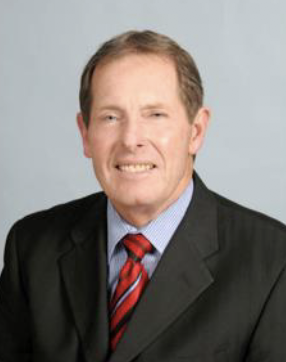 Mr. Lansdell comes to the City of Corona with over 44 years of extensive municipal management experience and expertise.  Mr. Lansdell began working in municipal government in 1972 for the City of Los Alamitos as the Recreation Director and later Director of Administrative Services.  In 1985, Mr. Lansdell joined the City of Gardena as the Assistant City Manager where he served for 12 years, followed by 19 years as the City Manager before his retirement.  During his career, Mr. Lansdell has also held the positions of Executive Director of Financing Agency, Parking Authority, Housing Authority, Community Development Director and Human Resources Director.

In November 2007, Mr. Lansdell was awarded the highly distinguished honor of "Municipal Leader of the Year" by American City and County Magazine.  Mr. Lansdell's illustrious career includes leading the City of Gardena out of possible bankruptcy by eliminating a $5.2M budget deficit, rebuilding the City's fund balance to a robust $21.3M, and earning investment grade credit ratings with Moody's as well as Standard and Poor's. Mr. Lansdell's leadership was instrumental in restoring the City of Gardena to the healthy and vibrant city that it is today.

Mr. Lansdell holds a Bachelor of Science in Education and a Master of Education in School Administration from the University of Idaho.  His first day of service with the City of Corona will be Monday, April 8, 2019.

“I am really looking forward to working with the Mayor, City Council, City Staff, and the community to assist the City of Corona in meeting their goals,” said Mr. Lansdell.

Please join us in giving Mitch Lansdell a warm welcome to the City of Corona! We look forward to his leadership and success.

Click here to view downloadable PDF of this Press Release